A few thoughts on Maclaren-Ross 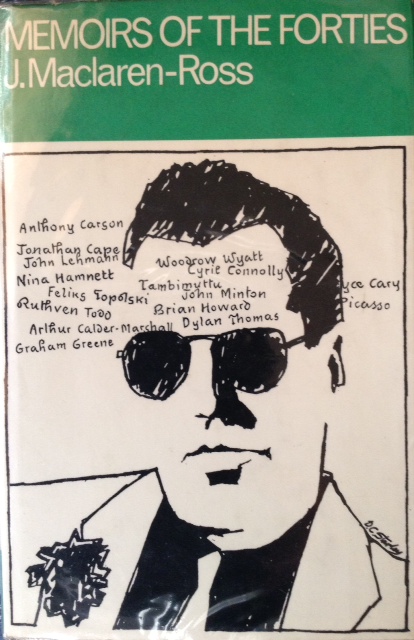 Julian Maclaren-Ross. It sounds like the name of a shifty toff or privileged criminal, the name of a man who fiddles his tax, hunts foxes, and makes donations to the Conservative party. An effete and fussy name. Perhaps that’s why I had never bothered with Maclaren-Ross until relatively recently. My mistake. The name is made-up, not so much a florid invention as a slight refinement of the truth. (He was born James McLaren Ross in the middle-class London suburb of South Norwood. The McLaren part of the name honours a family neighbour, Mrs Lilian Mclaren, who helped  at his birth.) The teenage Jimmy Ross developed something of an obsession with Oscar Wilde, as detailed in Paul Willetts’ excellent biography, Fear  & Loathing in Fitzrovia:

“Usually sporting an orchid or carnation in his buttonhole, he swanned around in a white mess jacket, worn in combination with a matching crepe-de-chine shirt, linen trousers and, if he was feeling really extravagant, two-tone shoes and a crimson sash in lieu of a belt.”

He accessorised this costume with “a cane and a silver snuffbox, as well as a long cigarette holder.” An army of one, he must’ve cut quite a dash on the boulevards of Croydon. The rejection of Jimmy in favour of Julian completed the transformation. The highfaluting, hyphenated name became part of the author’s raffish, lordly persona, along with the aviator sunglasses, the teddy bear coat, the pungently coloured corduroy. 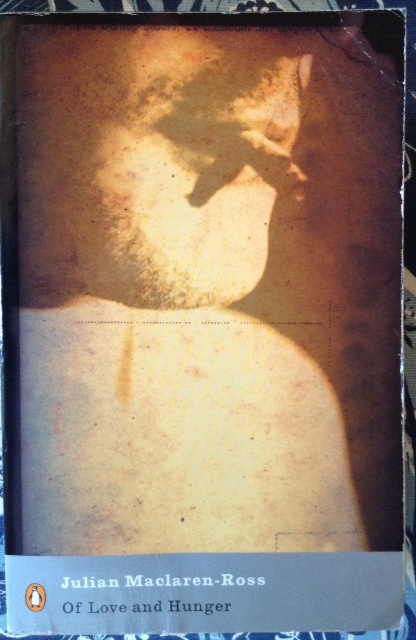 Of Love and Hunger was the first Maclaren-Ross book that I read. A short, spiky novel about vacuum-cleaner salesmen during the depression of the 1930s. The dialogue is snappy and sharp. I remember searching the fiction shelves at Waterstones on Deansgate, Manchester, looking for something to read on holiday. (My pile of the unread at home must have looked unappealing.) I chose Of Love and Hunger on a whim and read it under a savage French sun. Days of Pernod and sunburn. I was hooked. Back in blighty, I tracked down his short stories. I recommend Paul Willetts’ selection for Dewi Lewis Publishing as a good place to start. After that I raced through as much of Maclaren-Ross as I could find or afford: the excellent Memoirs of the Forties (the original Alan Ross edition is fittingly suave); the rich, poetic childhood memoir The Weeping and the Laughter; and the sun-drenched novella Bitten by the Tarantula. And more stories, of course, always more stories.

Here’s a few further thoughts on the short stories of Maclaren-Ross: http://blogs.chi.ac.uk/shortstoryforum/i-didnt-actually-invent-this-story/

And for more information about the man who slept in Turkish baths, visit: http://www.julianmaclaren-ross.co.uk/ 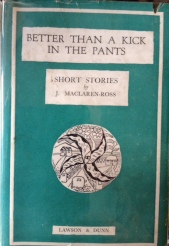 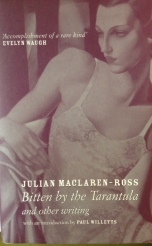