In a recent article for Litro I wrote about second-hand bookshops, those “pubs for the mind”. The essay was called Just Browsing and contained a brief reference to the illustrator Derrick Harris. I first became aware of his work when I picked up an odd but entertaining old book called Word for Word, An Encyclopaedia of Beer. I was intrigued by the jargon of the brewing industry. But it was the illustrations – small black and white wood engravings, bold and jaunty, with sometimes sinister flourishes – that really caught my attention. I was in the excellent Carnforth Bookshop at the time, nosing my way through a succession of creaking rooms, all crammed with books. I believe it was a birthday expedition, a couple of years ago perhaps. (The messy all-dayers and frazzled nightclubs of curly-haired youth had long been superseded by sedate railway journeys across the north country.)

Carnforth is, of course, famous for its railway station, central to Brief Encounter. Carnforth itself seemed a rather desolate place – at least it appears as such in my untrustworthy memory, a place of wide corners and sloping roads to nowhere. The pubs were uninvitingly big and menacingly empty, with screens glowing in the gloom. There was, however, an excellent little bar serving real ale at the station. I hope it is still there.

The bookshop where I discovered Harris was an endless warren of rooms and sub-rooms. It was almost overwhelming. A few solid hours of browsing lay ahead. I heard a voice. “Relax, take your time. You’ll find some good stuff here. It’s only a matter of time.” The voice was in my head. In such a promising bookshop one almost feels it a duty to leave with armfuls of treasure. But my haul was meagre. A copy of Wolf Mankowitz’s My Old Man’s a Dustman, “the story of a Cockney Don Quixote and his Sancho Panza”. From the flyleaf: “In this story Wolf Mankowitz uses the Cockney idiom with immense relish, making the most of its audacity and gorgonzola ripeness.” How could I resist? I still haven’t read it, I don’t know why. It draws me in. I’ve taken it off the shelf to have a look. It has a nice jacket, designed by Sydney Mould, with an attractive, trembly illustration of the Cockney duo making their way across a rubbish tip.

There were a few William Sansoms to be had in the shop but I considered them overpriced. In the age of the internet everyone’s an expert. So I left with two slim volumes, the Mankovitz and Word for Word. I took them home on the train as Cumbria and then Lancashire darkened through the windows.

A few months later I looked up Derrick Harris. There wasn’t much to be found on the internet. I contacted his Estate. A little later I was invited by Catalina Botello to view the archive. It was an immense privilege to meet Harris’s widow, Maria. She sat with a jigsaw on her lap as she told me of her life with Derrick. It was a delight to see Harris’s sketches and doodles, his homemade Christmas cards, his imposing ink-stained woodblocks. It was a bright day in early summer when I visited Catalina and Maria, a day of glinting windows and halting traffic. Workmen yelled. Students meandered in and out of grand-looking buildings. A woman in huge sunglasses carried a tiny dog in her arms. A boy dropped his ice lolly and let out the most awful squeal of anguish. It was a Derrick Harris kind of day, full of interest and charm and human mischief.

I wrote an essay on Harris, Inspired by the Day, also published by Litro. I’m heartened by the positive response it’s had, with people curious to know more about Harris, to see more of his work. People do seem to warm to his images. Perhaps his time has come at last. It would be wonderful to see an exhibition of his work in the UK. At one time there were plans, I believe, to include Harris in the Design series of books, joining such figures as Abram Games, Edward Bawden, E. McKnight Kauffer, David Gentleman and Peter Blake. Harris’s delightful colour illustrations for a children’s book, Royal Flush, remain without a story.

All images copyright The Estate of Derrick Harris. 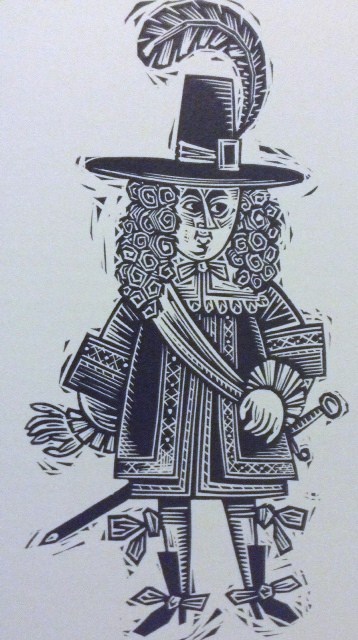 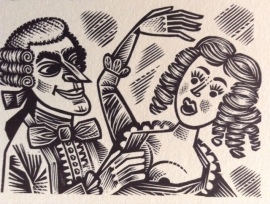 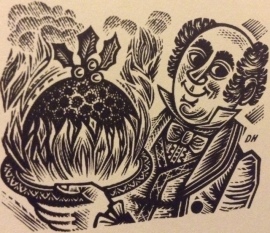 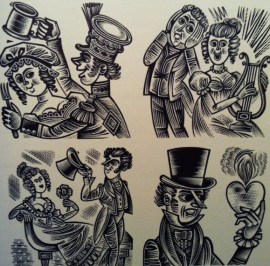 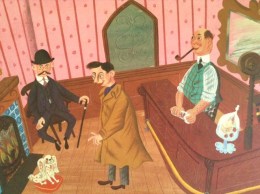 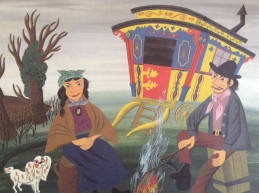 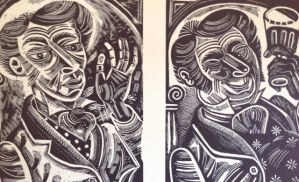 A few weeks ago I had the pleasure of reading my work at the International Anthony Burgess Foundation in Manchester. If you haven’t been, you should. I was merely a warm-up nonentity before the main attraction, Magnus Mills, a tall and genial fellow in a noticeable shirt. He looks like Syd Little and sounds like Tommy Cooper. He  entertained the crowd with  a selection of droll readings, my favourite being a telephone interaction between a less than forthcoming grocer and an increasingly exasperated customer. Mills himself likened it to a Python sketch. He was very good.  But let’s return to the nonentity.  I read from a work in progress. The piece seemed to acceptable to a boisterous crowd hungry for Mills. Indeed, nothing unsavoury was hurled in my direction. Does that count as success?

Jamie Stewart reviewed the event for Humanity Hallows. I was pleased to see what he’d written:

“Lambert flows through Dublin,” Stephen Hargadon begins as he kicked off the night with the equally hilarious and gruesome story of a “faded, rather hairy pop-star from the 1960s, who hides himself away in the West of Ireland.” It’s hard to listen to Hargadon’s prose without feeling Dublin around you, hearing the river and the voices curl nearby. “Lambert is observing, listening, walking.” Hargadon’s ear for city sounds is both disarming and utterly charming. Hargadon has previously had his work published in Black Static and Popshot.”

To be pedantic, Lambert was strolling, not flowing, through Dublin. But no matter. My dulcet tones, combined with a dry mouth, probably led to the confusion. Indeed, it was a happy mistake. I rather like the idea of Lambert flowing through Dublin like the Liffey. Constructive criticism at its finest. (BS Johnson thought critics a waste of space unless they could suggest improvements.)  As for the dry mouth, there must have been something in the air that night, for Magnus Mills reached for his glass of water several times to pacify a mutinous throat.

An enjoyable and instructive evening for all concerned.